The first „Hamburg Summit: China meets Europe“ in 2004 was a great success, strengthening the Sino-European dialog and encouraging share development and mutual commitment.

The People's Republic of China, given its sheer size and rapid industrial evolution, plays a decisive role in the world-wide market economy. China's ongoing political and economic development in the last years has enhanced the chances of productive cooperation among Chinese and European firms.

As our world gets smaller, the importance of building a solid platform for open discussions grows. More than 450 policymakers, managers, scientists and journalists from twelve countries participated in the three-day Hamburg-Summit. High-calibre speakers, such as China's Vice Premier Zeng Peiyan, former Premier of Singapore Lee Kuan Yew (via satellite), former Chancellor Helmut Schmidt, and Professor A. Mundell, Nobel laureate in Economics, came together to discuss China’s role in the world. During the intensive three-days conference an outstanding audience including several experts and top managers participated in 15 panel discussions on a wide range of topics, including China’s energy sector, financial market reforms, economic and social developments.

The “Hamburg Summit”, which will be from now on hosted by the Hamburg Chamber of Commerce on a biennial bases, shows Hamburg’s strong commitment to cultivating and further developing the already prospering relations with China, and between China and Europe. Already in its first edition, the “Hamburg Summit” 2004 worked as a powerful mean to reinforce the spirit of partnership and trust that exists between our economies, establishing a solid milestone in the further development of a Sino-European dialog. Please download our Documentation Brochure 2004 for further information about the conference and its panel discussions.

Please have a look at the main speeches and keynotes of “The Hamburg Summit: China meets Europe” 2004: 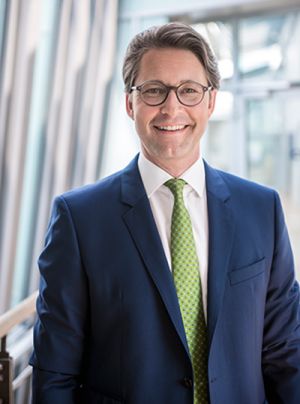